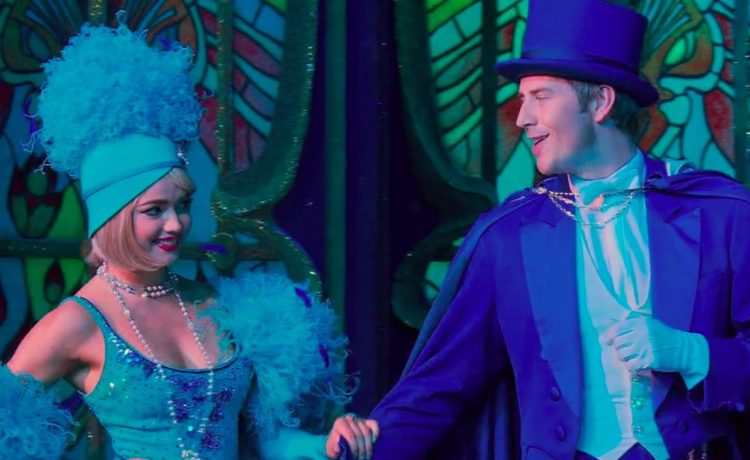 February 8, 2018
Arie, The Bachelor
No Comments

Episode 6: The City of Uuuuggghhhh

This week, Arie and his lady friends head to Paris! For whatever diabolical reason, the women are confined to U by Uniworld River Cruise. It’s unclear if they’re allowed to leave the boat, except for dates. As they float down the Seine they’re forced to gaze at baguettes they’ll never get to eat, landmark gift shops they’ll never get to shop at, and historical monuments they’ll never get to take selfies in front of. Quelle horror! Who could have dreamed up such a cruel scheme?

Arie grants Lauren freedom from the floating prison and transports her to another boat. They motor downriver and hop off to explore some of Paris’ landmarks, like Notre Dame and the Tuilieres Garden. Arie and Lauren have a deep conversation as they stroll through the garden:

To describe their chemistry as milquetoast is an insult to both milk AND toast. No sparks fly between the two. They are INERT. Even Arie, who can hardly be described as observant, picks up on this awkwardness and wonders if Lauren doesn’t really like him.

Hopefully, a dinner with two big ol’ glasses of wine as the main course can liven things up. Instead, Arie decides to tell Lauren that he was once dating a woman who was pregnant with their child, but miscarried while he was off being a racecar man. That’s pretty heavy and very sad! Lauren responds that she too has known hardship. Sometimes her parents argued! Oh, and she was engaged once but they broke up.

WHAT. Despite these heavy reveals, neither Arie or Lauren show emotion. Their eyebrows are firmly botoxed in place. They make out and she gets the rose for their connection?? I guess??

Becca, Bekah, Seinne, Tia, Chelsea and Jenna are sprung from the boat so they can spend a day at the Moulin Rogue with Arie. Everyone flips out. It’s just like the movie!!! Except nobody is going to die from tuberculosis, probably!!!

The girls learn a dance routine, but it’s really an excuse for Arie to judge which girl looks best in her feathery thong outfit. Quelle sexist! As an added twist, whoever gets the group rose gets to perform onstage with Arie that evening. The American tourists will love it!

After “practicing” the dance (which seemed to just be strutting in a straight line), the girls chill with Arie and he declares Bekah with the Short Hair the winner. She’s thrilled because she’s an actress and just wants to wear costumes 24/7. Arie wears a tuxedo and looks an awful lot like an old, washed-up version of Tuxedo Mask from Sailor Moon. He even hands out roses, although they don’t explode.

Kendall is chosen as the unlucky partner for the two-on-one. Krystal, Arie and Kendall head to a chateau in the French countryside. I totally thought it was going to be Versailles, but evidently keeping the rest of the women trapped on a boat strained this week’s budget. Krystal and Kendall hunt for Arie in a hedge maze, which proves challenging even though everyone is tall enough to see over the bushes.

Krystal sits down with Arie and tells him that she loves their relationship has color and texture. Kind of like her inexplicable velvet cami/linen sailor pants lewk for this date! Oh, and also? Kendall is weird and isn’t ready for marriage.

Arie naturally brings Krystal’s concerns up when he talks to Kendall (shaaaaady, Arie!) and Kendall gives a levelheaded response that was so generic I can’t recall it. Sure, she said last week that she’d try human meat under the right circumstances, but she’s open to love or something so Arie’s A-OK with it.

Krystal and Kendall are awkwardly forced to sit next to each other while Arie is off somewhere else. Kendall turns to Krystal and delivers one of the MOST DELICIOUS takedowns I’ve seen on this show.

You see, Kendall explains, she dated someone like Krystal before.

A person who had been hurt in the past, and could only feel like they were winning if they hurt others back.

But that person was really just scared and sad, just like how Krystal hides her insecurities by being a heinous bitch 100000% of the time.

Kendall reads Krystal to the core, and Krystal is SHOOKETH.

Arie comes back from the bathroom or wherever and is still undecided, so there’s a costume change and everyone reconvenes for dinner. After a full meal of wine, Arie decides he’s cutting Krystal loose. He leaves with Kendall, and Krystal is stranded in the restaurant. Beats being stranded on an island, but it’s still pretty cold.

I’m surprised this episode is still going, and I’m surprised Jacqueline is still here! Nothing against her, but I think this is like the third time she’s been onscreen all season. The daytime portion of the date involves walking and shopping, and it seemingly goes well!

At dinner, Arie confesses that he felt like Jacqueline is too smart for him. NO DURRRR.

Jacqueline is too smart for Arie, and she’s not about to drop out of grad school to be a trophy wife in Scottsdale. Arie says that her dreams and goals are not a hindrance to their relationship! How sweet.

Jacqueline gets the rose, yet somehow we have a Rose Ceremony to get to!

Chris Harrison is here! Has he been trapped on the boat this whole time too? Did he get his own private boat prison?

Bekah, Lauren, Kendall and Jacqueline are already in possession of roses. Arie hands out three more to Becca, Seinne and Tia. That means Chelsea and Drunk Jenna are headed back to the good ol’ USA and will not be joining the rest of the group in Tuscany next week.

In the midst of all the tears, Lauren is offscreen complaining to a producer. She’s REALLY pissed about something! Hold up, she has a personality???