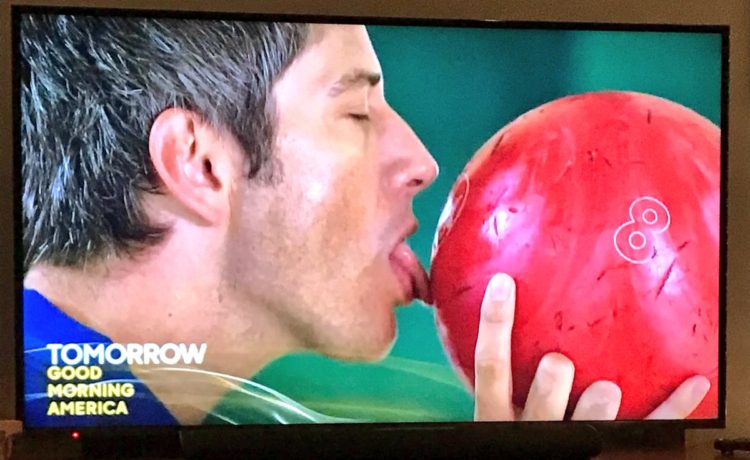 I missed the first 10 minutes or so trying to open a bottle of wine with a difficult cork, so sorryboutsies.

Let’s see, Maquel comes back and everyone is like “omg how was your grandpa’s funeral??” Everyone is in Florida now. Not sure if Chris Harrison is here or if he’s still passed out at the Hard Rock Hotel in Tahoe.

Chelsea and Arie’s date is boring. The day drink on a yacht. She says she’s “on a dream boat…with a dreamboat!” Gag.

A wily producer places a telescope on the balcony of the girls’ hotel suite. The girls use it to spy on Chelsea and Arie as they simultaneously drive a jet ski and suck face. THIS IS DANGEROUS.

The night portion of the date takes place in a garage. Chelsea reveals she was married to an older rich dude and had a kid with him, but he left her for someone else. Arie claims he doesn’t want to waste her time because she has a son at home she could be spending time with, yet still gives her the rose. They don’t have anything in common and can’t maintain a conversation for more than two minutes, but it’s going great! Chelsea tells the camera that despite the wild premise of the show “You really can* fall in love”.

Bowling is considered a sport, and what do we know about sports dates on the Bachelor? They ruin lives!

Arie licking a bowling ball a la Jesus Quintana has ruined my life:

The girls arrive and drink beer for the first time, making them super giddy about this date. But like, did they see Arie lick that ball?? THAT TONGUE IS GOING IN ALL Y’ALL’S MOUTHS. The girls are split into two teams and given pink or blue bowling shirts, which they promptly turn in to crop tops. I did not think you could make a bowling shirt into a crop top, and yet!

Arie informs the girls that the team that bowls the best gets to hang out with him at the cocktail party while the losers have to go back to the hotel. Everyone rolls their best, but ultimately Team Blue wins. Led by Bekah with the Short Hair, Team Pink sulks in the locker room like a bunch of high school freshman.

Krystal is on Team Blue and can’t wait to spend more time fluttering her eyelashes at Arie and silently destroying the other women. However, Arie is a benevolent Bachelor and reneges on the bowling competition, allowing the losing team to join the cocktail party as well.

Back at the hotel, Krystal fumes about Arie disrespecting the sanctity of bowling and allowing the losers to go to the party. It’s disrespectful to Team Blue and she’s not going to stand for it. She dramatically flings herself onto a couch in a hotel bathrobe and proclaims that she’s sitting the party out. Everyone else is like OK CRAY CRAY and heads to the hotel bar.

This is an obvious ploy for attention. Krystal is the kid who packs a bag and threatens to run away from home because their mom won’t buy them a Nintendo and it’s SO UNFAIR. Despite this transparent brattiness, every conversation turns to Krystal when she’s off screen.

We’ve established Arie’s not the sharpest tool in the box, and he probably wouldn’t have even noticed Krystal was gone if the other girls didn’t keep bringing her up. He definitely hasn’t noticed that Maquel returned from her grandpa’s funeral.

Arie goes up to talk to Krystal. She pouts in her hotel bathrobe about his LIES. Arie quickly realizes he could be downstairs getting hammered and tells her to deal with it. That snaps Krystal out of her snit and she goes downstairs. However, the burning animosity from all the other girls drives her back up to her room.

At the party, Arie sticks his bowling-ball-grease-slick tongue down the throats of Lauren, Bekah, Becca, and Kendall. Lauren gets the rose and everyone else hopefully gets booster shots.

Poor Tia. She’s the Southern belle of the group and the producers make her go on a swamp date, even though she has plenty of experience frog gigging* back home in Arkansas.

Arie and Tia drive through a gator bog in a boat with no sides and pull up to an old man’s shack to eat fried food. Arie is so sweaty the whole time. Somehow, Tia feels like she is falling in love with him.

On the evening portion, Tia wears a hideous dress that looks like a figure skating costume. Arie sweats more. She gets the rose.

Krystal emerges from her hotel bathrobe and goes all Sarah Huckabee Sanders on the girls:

Bekah with the Short Hair tries to explain why the other girls felt disrespected, but it’s an ATTACK against Krystal and her feelings. Kendall explains that other girls have feelings and Krystal’s actions hurt them, but that is also an ATTACK on Krystal and she just glowers blankly at Kendall.

Kendall manages to get some face time with Arie and tells him this process has really forced her to slow down their relationship, even though theoretically they could be engaged in 8 weeks. Oh, and fun fact: Kendall would try human meat under the right circumstances!

After running away in fear, Arie sits down with Krystal to talk about her childish behavior. She has a logical explanation though: her mom worked in a bowling alley when she was young and dated its sleazebag patrons, so Krystal was very triggered by the bowling experience.

Chris Harrison finally shows up from Lake Tahoe and starts the Rose Ceremony. This might be the least amount of screen time he’s ever had in an episode.

Maquel, Ashley, and Marikh are all heading home. Maquel probably should have stayed at that funeral.