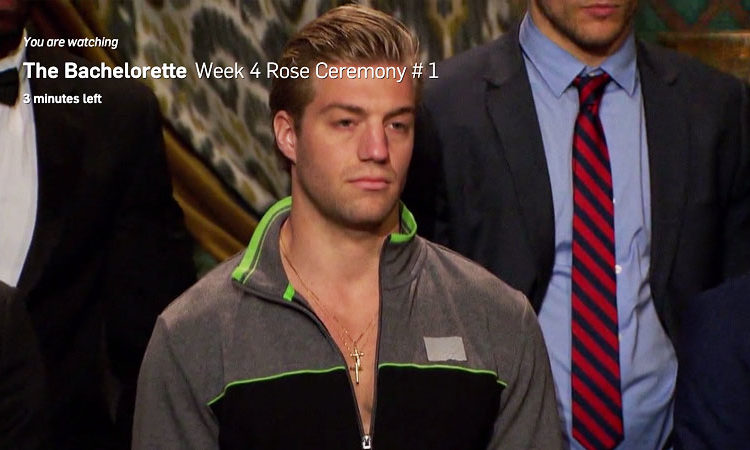 Don’t Say That You Love Me

So much happened on this week’s Bachelorette, and so very little of it was good! Let’s dive right in to these two hours that felt like twelve.

David returns, and they really didn’t need to pixelate his face. He’s got a gross bloody eye but WHATEVS. Becca gives him a pity rose and tells him to get some rest. David stumbles out the door of the mansion to go to his room? Back to the hospital? He’s very loopy from the painkillers.

After all that, the rest of the husbands line up. Their faces used to blend into one, but now that the herd has been culled a bit it turns out we’ve got some celebrity dopplegangers in the mix: 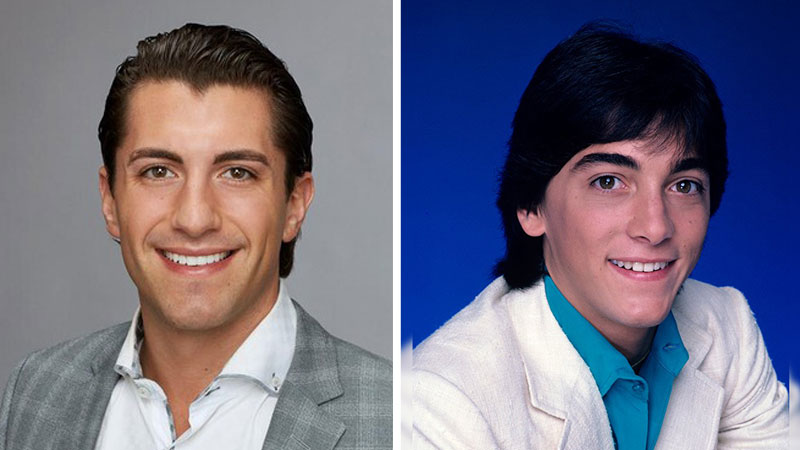 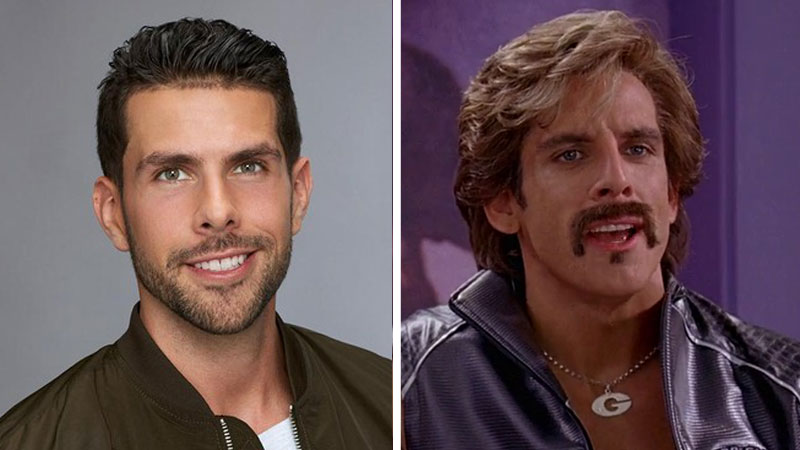 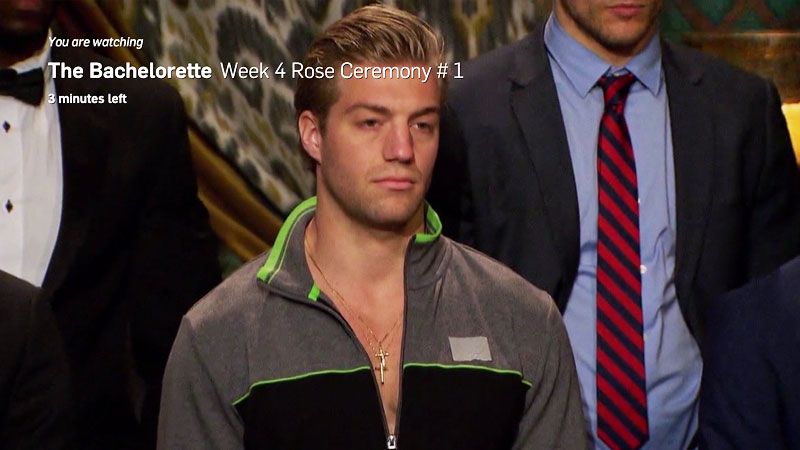 Nick looks like a Russian mobster coming off of a long weekend of yacht parties and cocaine!

Becca keeps all these husbands except for Man Bun Mike and some other guy. She tells the survivors to pack their bags, because they’re headed to Utah! Everyone rejoices that their long spooky nightmare in the Bachelor Mansion is over.

Becca is loving Utah and has an impressive sweater wardrobe. It’s significantly better than her evening gown wardrobe, which is mostly bridesmaids dresses. She had a MATCHING SATIN SHAWL with her last gown, and you know that shit’s been in her closet since she wore it to her college friend’s wedding four years ago.

The men hole up in a cabin and Garrett gets a solo date card. Before that though, Lincoln decides to share his beliefs with the men that the earth is flat. His hypothesis:

Look, he’s not a scientist and admits that the earth could even be a rectangle! But facts are facts and Big Globe is trying to brainwash us all.

I’m not buying Garrett’s big hearted doofus act (spoiler alert: he’s a real asshole on the internet!) but he reminds Becca of her dad and she’s INTO IT. The two of them try on fluffy hats and ride a rickety chairlift to the top of a mountain, where they’re met by a pair of Olympic bobsledders who FELL IN LOVE while bobsledding and have been married with kids for years. Bobsledding has a better track record than the Bachelor franchise.

Becca and Garrett don’t even have to pretend to eat a meal and spend the evening portion of the date snuggled up in a log cabin. But there’s a BOMBSHELL – turns out that Garrett has been married and divorced before. He’s “the only one in his bloodline” to have been divorced, which is a weird way of saying that! Becca is momentarily thrown by this, but Garrett reiterates he’s ready for love and wants to be a dad. It wins her over.

They head to a bar where Granger Smith (????) is singing some country junk that Garrett knows word for word. ASK HIM WHO HE VOTED FOR BECCA.

In unrelated news, Garrett is extremely sweaty the entire date and appears much thinner than week one, so I’m pretty sure he has a gastrointestinal infection (possibly contracted from the filthy hot tub in the Bachelor Mansion).

The next group date is the reason these dudes have to sign waivers. Becca and her boyfriends go off to do lumberjack things like saw logs and chuck axes at stuff. The men are very excited to lift heavy objects and wear flannel. Leo is PULLING THIS LOOK OFF. But the real standout of this date is John Who Developed Venmo.

BECCA. GIRL. Stop wasting your time with a sweaty Trump supporter and get with John! Not only did he DEVELOP VENMO but he also developed some ARMS. Plus if he DEVEEEEELOPEDDDD VENMOOOOOO he’s probably making a lot more money than a guy who willingly lives in Reno! John also wins the lumberjack relay race for his team, but all these dudes get to advance to the drinking portion so it doesn’t really matter.

Throughout the course of this episode, our cologneisseur Jean Blanc has been getting antsy. He got the last rose of the night and was passed over for a solo date, so he knows he’s got to pull out the stops and impress Becca tonight. Nothing impresses a girl like a bottle of Miss Dior with an OfficeMax label pasted over the logo! Oh, and Jean Blanc is really definitely falling in love with Becca.

Becca’s not there and decides to send Jean Blanc home. Except he’s like “LOL JK! I only said I was falling in love because I figured you wanted to hear that! Can I have that Miss Dior back? Macy’s will give me a refund.”

Becca is furious. THIS PARTY IS CANCELED. No one gets a rose, not even John Who Developed Venmo!!

Becca is still fuming the next day but has to go on a date with Wills, the most stylish dude in the house and Harry Potter fanatic. Snowmobiling can’t cheer her up, but she eventually relaxes when some champagne comes out. Wills is sweet and patient and kisses her forehead a bunch, which is really cute and takes her mind off of Jean Blanc’s unceremonious exit. They head to dinner and Wills brings his accessory A game with a fancy scarf! He also brings up his Obligatory Sad Relationship story (cheatin’ girlfriend) and Becca gives him the rose. Way to go Wills!

Chris Harrison apparates into the cabin in a cloud of black smoke. “Cocktail party’s canceled. Becca knows which of you ding-dongs are going home”.

Jordan freaks out. He acquired a gold lamé speedo and has been wearing it around Becca, much to everyone’s chagrin. But certainly he’s not going home?!

Becca gives roses to Leo, Colton, Blake, Chachi, Connor, Flat Earther Lincoln, John (finally!), Chris, David and Jordan. Christon and Nick’s tracksuit are sent home, but I have a feeling they’ll both be back for Paradise.

Being called last has shaken Jordan to his core. He’s got haters all around, but he’s resilient and tells us:

I’m much like a sponge. You can squeeze everything out of me, but you’ll never know unless you try.

Next week: the dreaded two-on-one date!

Episode 1: Off to the Races