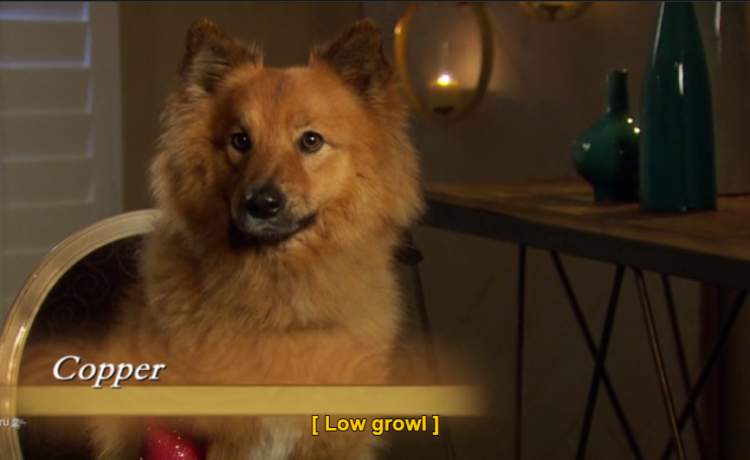 May 31, 2017
Rachel, Reality TV, The Bachelorette
No Comments

It’s a new day in the Bachelor mansion, and the husbands are ready to spend some more time with Rachel. But first, they’re in for some SHOCKING REVELATIONS.

Out of nowhere, Rachel and her husbands are met by not one but two surprise celebrity guests. It’s everyone’s favorite couple – Jackie and Kelso from That 70’s Show! Turns out they’re big fans of Rachel (DUH who isn’t) and are here to help her figure out which of these bros is worthy of being her life partner.

“Raise your hand if you have a job!” Jackie shouts. Kelso remarks that’s a low bar, but then realizes that this is The Bachelorette we’re talking about and one of these men is an aspiring drummer.

The men have to run an obstacle course made up of the invisible tasks that women take care of without complaint every day. Much like in real life, the men win a prize for simply completing regular adult responsibilities such as childcare or household chores. Kenny is confident that he can win the challenge, since he has experience caring for an actual human baby, but he didn’t count on the insane fire of competition an obstacle course would ignite in Lucas.

As Lucas screams his catchphrase and makes Kelso uncomfortable, it becomes clear that Lucas is in the same situation Tom Hanks was in in Big.

Seriously. Whether it was though a cursed Zoltar machine or something else, the fact is that Lucas is a child in a pasty man’s body. I MEAN:

Lucas even performs admirably in the household chores portion of the challenge, which makes total sense considering he still lives with his mom and needs to vacuum and wash the dishes before he can go to Jeremy’s house to play Xbox. He even gets overwhelmed by the competition and shoves Kenny over as if they were both at recess to win the challenge. Rachel’s heart sinks as she begrudgingly awards Lucas with a fake gold medal. He wears it for the rest of the date.

That evening, Rachel and the husbands go to a warehouse filled with old garbage for drinks. The men all tell her she’s so special. For some reason, Tickle Monster brings along his fake baby and mansplains the art of changing a diaper to Rachel.

One of the great things about Rachel is that she already knows she’s a catch. The dudes are here for her, not the other way around. Earlier in the day Kelso made the bold prediction that none of the guys on this group date would get the final rose, and he might be right! The only guy that impresses Rachel is Dean (???), and he nabs the group date rose and a makeout session with Rachel.

Blake E spends his time on the date focused 100% on Whablucas. Good use of your time, Blake E! However, Blake E adds another dimension to this dude feud when he reveals to Rachel that Whablucas is salty because his ex-girlfriend is Blake E’s roommate.

Rachel is NOT IMPRESSED, both at Blake E’s pettiness and the fact that he STILL LIVES WITH A ROOMMATE.

We are all Kenny in this moment.

Back at the mansion, Josiah and DeMario note the stiff competition the guys are up against.

“In the jungle, it’s kill or be eaten,” Josiah says.

“You either sink with the fishes or swim ashore,” DeMario says.

The one-on-one date card arrives and goes to Peter. It’s off to a promising start – they get to go on a private jet to Palm Springs! But there’s a twist – someone from Rachel’s past is joining them. But who could–

I CAN’T EVEN CONTAIN MYSELF ANYMORE IT’S COPPER

THEY GET TO GO ON A PRIVATE PUPPY PLANE

IT TAKES THEM TO A PUPPY POOL PARTY

Full disclosure: I was paying way more attention to the dogs than anything Peter was saying during this date. He really only has one facial expression, but Rachel likes him a lot. They have a lot in common – they both have gap teeth and both gained a greater understanding of themselves through therapy! Copper joins them for a dinner of white wine and looking at candles. Rachel and Peter are both very attractive people who seem to like each other quite a bit. Even though they smooch at the end of the date, it’s pretty uneventful.

DeMario, Josiah, Penguin suit, Lee, Alex, Adam, Diggy, Eric, and some other guys I can’t remember are on the next group date. The clue is “Swish”, which the men interpret to mean playing basketball with Rachel. They’re right – also, Kareem Abdul-Jabbar is here! The husbands writhe and scream in ecstasy in his presence.

I don’t know much about Kareem Abdul-Jabbar aside from a. he is a basketball legend and b. he is SO TALL OH MY GOODNESS. Turns out he’s a fan of The Bachelorette and runs the guys through some drills and a pickup game.

DeMario is in his element, but he’s blinded by the SPOOOOORTS and dunks on Rachel. She’s not thrilled, and Kareem points out that basketball AND love are both about teamwork.

After fixing their hair in the locker room, the guys face off in front of a packed gymnasium of high schoolers and their moms. One of the teams wins, even though the final score seems pretty low. The crowd files out, except for a lone woman with a scrunchie on her wrist and revenge on her mind.

The woman introduces herself to Rachel – her name is Lexi, and DeMario is her boyfriend.

It turns out Whitney was right about DeMario! Perhaps being stranded on an island for so long turned her into some kind of sea witch. Lexi tells Rachel how DeMario was her boyfriend until he disappeared one night and magically reappeared the next on After The Final Rose. Rachel is ICE COLD as she decides to grab DeMario and get his side of the story. She pokes her head into the locker room, all smiles. DeMario totally thinks he’s getting the rose, until they round the bleachers and he sees Lexi.

DeMario thinks he’s smooth by pulling a real life “new phone, who dis”, but he seems to have forgotten that Rachel is a lawyer and part of her job is figuring out who’s lying and who’s being honest. Despite this, DeMario tries his best to dodge Lexi’s accusations. They were only friends with benefits! He mailed her keys back to her! She’s crazy!

Rachel’s not having ANY of it, and it’s glorious to watch as she scrolls through Lexi’s phone at all of DeMario’s recent texts. “I’m not here to be played, so I’m going to need you to get the fuck out,” she tells him.

The dudes can’t believe DeMario either. Josiah is especially bummed, since they had kind of a friendly rivalry going on. “It hurts me to see you hurt over this,” he tells Rachel. Kind of sounds like you’re making all of this about you, buddy! Either way, Josiah gets the group date rose.

At this point it’s 10 minutes to 9, so we all know that this episode is ending on a cliffhanger. Rachel rolls up to the cocktail party in a gorgeous black and gold dress, ready to move past the DeMario drama.

Old Bryan grabs her away for some more wide mouth kissing. He offers to give her a back adjustment (he’s a chiropractor, not a creep…probably) but while he does, DeMario shows up at the house. He wants to talk to Rachel, but also he forgot his stuff? I mean, he left wearing a basketball costume, he probably wants his clothes back.

Lee, the guitar strumming shit starter with the big hair, spots this and rounds up the other husbands. They’re not going to let this slide! They’re full of testosterone and are READY TO DEFEND A LADY’S HONOR.

As if Rachel can’t handle this business herself. Go back inside, dudes! The clock strikes 9 and we get a big ol’ TO BE CONTINUED.