In the aftermath of Kristina being sent home, the women are in turmoil. Corinne has completely unraveled, her extensions shriveled from the saltwater and her mind poisoned by Nick’s treachery. Will there be a rose ceremony?? Is she going home?? WILL NICK EVER MEET RAQUEL???

Rachel points out that there are four women left and there’s four hometown dates, so that should pretty much answer Corinne’s question.

Nick then barges in, nearly taking out some curtains on his way. (Side note: who keeps giving him the keys to the women’s hotel suites?) He sort of does an impromptu rose ceremony where everyone gets a rose and is guaranteed a hometown date. This season has to have set a new record for a lack of rose ceremonies. I mean, even Bachelor in Paradise, the wine-drunk aunt of the Bachelor family, has weekly rose ceremonies! WHAT IS HAPPENING HERE? 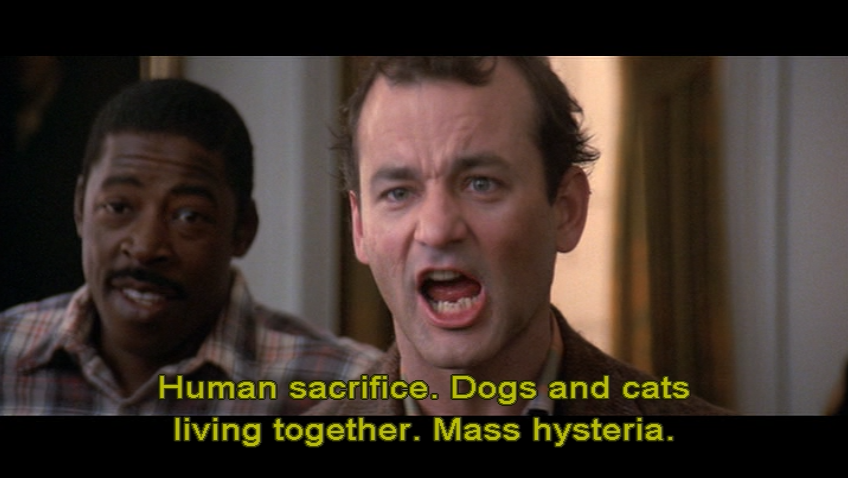 Raven’s hometown is up first. If you’re under the impression that there’s not much to do in a small town like Hoxie, Arkansas, Raven begs to differ. There’s TONS of great activities, like:

I was seriously hoping we’d get to see the fashion boutique Raven runs, because her outfits on this season have been spectacular and I can only imagine what kind of neon rompers/pirate maiden dresses/polyester nightmares she’d have in stock.

Sadly, she decides to take Nick on Hoxie’s hottest date and they drive ATVs through a swamp for a while. They get drenched in mud before deciding to strip down and make out for a while in a literal bog, just like skinnier, less green versions of Shrek.

After all that fun, Raven and Nick round out their date by climbing a grain silo. But uh-oh, here comes Johnny Law! The fake cop asks for Nick’s ID and says he doesn’t sound like he’s from Arkansas. Nick confesses that he is actually from Milwaukee. CITY BOY, EH? Turns out the cop is just Raven’s older brother, and while Raven and Nick have probably broken the law by trespassing on someone else’s grain bin, he doesn’t arrest them.

Mercifully, Raven and Nick both shower before meeting her family. Her parents seem like lovely people, and they start the date by springing some major news on Raven – her dad is lung cancer free. It’s a surprisingly touching moment, and everyone cries tears of joy while Nick just sort of sits on the couch like an idiot.

Raven’s mom is surprised – she expected Nick to be more arrogant. City boys, you know. Raven’s dad is equally surprised, and tells Nick that he didn’t expect to like him at all! (because of the whole city boy thing, of course.) With that ringing endorsement, Nick asks Mr. Raven (I didn’t catch their last name) if he would be cool if his daughter won this game show and became engaged to Nick. Mr. Raven says “he could live with that”. OK THEN!

Next stop is Rachel’s hometown of Dallas. Rachel kicks things off by taking Nick to her church. While I don’t doubt that Rachel’s faith is important to her, I can’t shake the feeling that it’s like a Wednesday afternoon. There’s a lot of empty seats! Rachel and Nick show up halfway through and no one minds! Not your best work, producers.

Nick doesn’t immediately get smited (smote?) down for his douchey ways upon entering a house of worship. Rachel wonders if Nick’s going to be comfortable in a predominately black church. UMMMM:

Nick overcomes his initial awkwardness and enjoys being with Rachel. After all, faith was a big part of his upbringing (which could explain his 11 siblings).

Before they head over to Rachel’s parents’ house, she reveals that her dad won’t be joining them because of work obligations (IT IS TOTALLY A WEDNESDAY AFTERNOON!!) Remember, Rachel’s dad is a federal judge and is likely spending his day judging actual court cases instead of his daughter’s goofball TV boyfriend.

Rachel and Nick are honest about the fact that they’re an interracial couple and that they might face challenges because of that. Nick explains to her older sister Constance that Rachel got the first impression rose because of her personality and also that she’s really hot. Constance isn’t really sold on Nick since he’s still dating three other women (reasonable!) but should probably get used to meeting her sister’s boyfriends in this context since Rachel is the next Bachelorette.

Mrs. Lindsay asks Nick directly if he’s prepared to deal with people who don’t approve of interracial relationships. Nick assures her that he and Rachel would face any challenges as a couple and that their relationship would get stronger. Easy for him to say, considering he’s a white dude and therefore not on the receiving end of racism! Mrs. Lindsay also asks Nick if he sees any red flags in their relationship. I’d say “being the next Bachelorette” and therefore guaranteeing a breakup is a red flag, but Nick is blissfully unaware.

Mrs. Lindsay tells Rachel that she sees some parallels between Nick and Mr. Lindsay – namely, they’re both confident – but Mr. Lindsay is a federal judge and Nick is a failed software salesman/Instagram model, so I don’t know about that comparison.

I really can’t wait for Rachel to date dudes who are hotter and have better personalities than Nick.

The next hometown date is the glamorous city of Miami, otherwise known as Corinne’s hometown. Nick tells us that his connection with Corinne started out as mainly physical –

– but is now really genuine! Honest! He’s not just into her for her boobs.

Corinne wants to take Nick through a typical day in her life. Since she runs a multi-million dollar business, you’d think that we’d see her office, or maybe that she’d be glued to her phone responding to emails all day. NOPE. Corinne takes Nick to her favorite place – THE MALL.

A sort of reverse Pretty Woman montage follows, and Corinne dresses Nick in the most confusing high fashion Miami has to offer. Why do they stock earmuffs in Miami? Who pays $800 for sweatpants? What is this situation on Nick’s head??

Nick might be a big city boy from Milwaukee, but Corinne’s lavish tastes give him hives. He muses that he’d probably have to get a few jobs to support her lifestyle (outside of an inevitable guest spot on Bachelor in Paradise and shilling laxative tea on Instagram). They cool off from their spending spree at whatever the fancy version of Sbarro is and Corinne tells Nick that she loves him. He’s moved to almost-tears, but doesn’t cry and smear all of the mascara he’s wearing. Not your best work, makeup department.

That evening, Corinne and Nick go to meet her family in their pink high rise (OF COURSE). There’s her mom, her mom’s facelift, her daddy (UGH ALSO OF COURSE), her sister, and Raquel.

Corinne whines that the other girls made fun of her for having an adult nanny, and her parents are horrified! They consider Raquel a part of the family, which may be true, but the poor woman spends the whole time cooking dinner and cleaning up after them. Clean up after yourselves! This tacky condo isn’t even that big!

Nick talks to Raquel, who claims Corinne is like her daughter. She just wants her to be happy! Also, if Nick could make cheese pasta and slice cucumbers for Corinne for the rest of his life, that would be great.

Corinne’s Daddy has a serious talk with Corinne. He want’s to know what Nick does for a living. Um. “He used to sell software” Corinne offers. “But I can be the breadwinner if need be!”

Deep down, Daddy must realize that he’ll be paying for Corinne and Nick forever, but as long as his princess is happy, he doesn’t care. Puuuuuuuuuke.

Corinne’s mom tries to be the voice of reason. Corinne’s only been with Nick for 6 weeks and he’s dating 3 other women – is it really love? OF COURSE IT’S REAL, MOM. GOD. Meanwhile, Daddy shows Nick he’s rich by pouring some scotch into stemless wine glasses. (Money can’t buy class.)

After Corinne’s tacky nightmare of a family and their cheesy pink high rise condo, Montreal looks like freakin’ Hogwarts by comparison. Nick and Vanessa kick off the day by walking through the park and going to meet her students. I feel like Vanessa and Rachel’s dates should be switched, because I’m pretty sure it’s a Sunday evening. Nevertheless, students and teachers greet Vanessa and there’s tears and hugs all around.

Vanessa and Nick make more scrapbooks with her students (not particularly educational!) and then head over to her mom’s house for Sunday lunch. (I KNEW IT WAS SUNDAY. I hope Vanessa’s students get a free day off for having to come to school on a weekend and make more scrapbooks.)

Vanessa has a large, loud Italian family and it’s evident none of them have ever watched The Bachelor. Her aunt isn’t too impressed by Nick, a guy Vanessa’s only known for 6 weeks. Her mom can’t believe that they haven’t figured out if they’d move to Montreal together after the show. Her sister hates that he’s dating three other women. All very normal concerns for an actual relationship!

But this isn’t a normal relationship, it’s a game show, and going through the motions of meeting someone’s family is how it’s played. Vanessa is deep into the game, and is convinced that her and Nick have a real love growing.

They head over to meet Vanessa’s dad, who kind of reminds me of French Canadian Alan Alda.

Nick is a seasoned professional at asking to marry people’s daughters – he’s only done it about 6 times now – but Vanessa’s dad throws him for a loop.

French Canadian Alan Alda: You asked three other families for their blessing?

French Canadian Alan Alda: It’s a yes or no question.

Nick looks like he’s about to dry heave all over his fair isle sweater, but Vanessa’s dad takes pity on him and sort of kind of agrees that if Vanessa is happy, he’s okay with it. Nick excuses himself to hyperventilate outside.

Vanessa reassures her dad that her and Nick have a strong relationship, until her dad nukes her hopes by telling her that Nick asked 3 other families to marry their daughters. You can actually see Vanessa’s heart break a little in this instance:

She sobs to the camera that it’s meaningless if Nick asked all the other girls’ families to marry them off. Again, do they not get The Bachelor in Canada? THIS IS HOW THE WHOLE SYSTEM OPERATES, GIRL.

The whirlwind tour of hometowns concludes in New York, which is a great place to fall in love, in case you were wondering. Everyone stands on a balcony and contemplates their lives. Raven and Rachel wonder if they should have told Nick they loved him. Vanessa isn’t sure what the point is if Nick is seriously considering marrying 3 other women (she is NOT going to be happy about the Fantasy Suites next week). Nick is torn about what to do at the rose ceremony tonight, except –

It’s 8:58 pm. The Bachelor is over at 9:00 pm. Which means we’re forgoing another rose ceremony for a dumb cliffhanger. But what will it be?

Vanessa leaves to go confront Nick, and there’s a knock at his door. However, it’s not Vanessa standing there – it’s her! (WHO?????)

Evidently this is Andi, who dumped Nick on her season of the Bachelorette and created this monster.