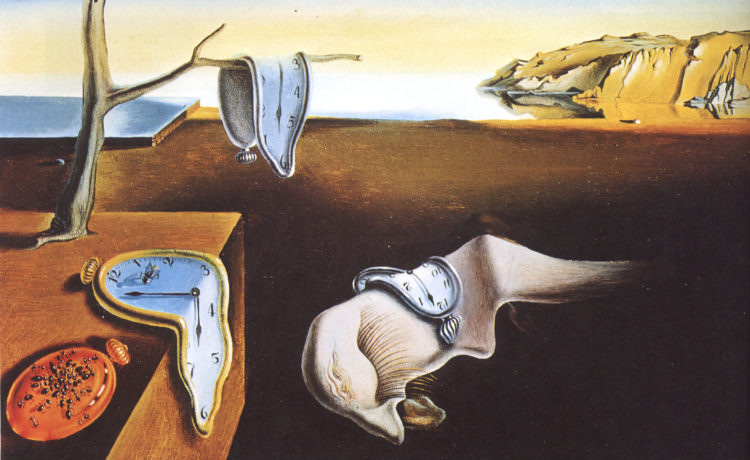 So there was FOUR HOURS of The Bachelorette to sit through this week. 240 MINUTES. Just typing that makes me question my life priorities!

Despite the fact that every promo teases the dreaded two-on-one date, Jack Stone has his one-on-one first. Guys: It does not go well.

First, they eat oysters and decide to dance at some kind of shack? I don’t know, I have no frame of reference for that beachy southern charm life. Hey, do you think Jack Stone is going to be good at dancing or no?

Rachel politely endures Jack Stone glowering at her and stomping on her feet, until they go out in the parking lot and he decides that this is the place to kiss Rachel. He tries to plant one on her in between some Honda Civics, but she swerves away.

“I’m sick! Cough cough!” she says. “Totally worth it!” Jack Stone giggles desperately. Rachel’s eyes are screaming for him not to put his face on hers. He does not pick up on this hint and awkwardly kisses her.

Later on, Rachel and Jack Stone sit down to endure dinner. She has a glass of water, and I totally buy that she’s not feeling well and would much rather be back in her hotel room with a cup of tea and some Netflix reruns of The Office. Rachel asks Jack Stone what he’d do if they could do anything in the world right then.

“I’d start by locking the door”–

Eric, Peter, Bryan, Adam (somehow??), Will, Dean, Penguin, Alex, Josiah, Anthony, Kenny, and young Jeff Sessions all make it to Norway and enjoy their swanky hotel. A date card arrives for Bryan and he and Rachel go off to make out all over Oslo. They kiss on a bus! They kiss on charming cobblestone streets! They rappel off of a huge ski jump from 1952 and kiss in midair!

Bryan has been irresistible to Rachel ever since he got the First Impression Rose, and he hasn’t turned off the charm for a minute. Every other word out of his mouth is “fairy tale”, and Rachel is FEELING IT. Bryan tells her he’s falling in love with her, and they continue to make out all over Oslo. I am in love with Rachel’s date look tonight, and her very fashion forward cape/poncho wardrobe in general.

The men play grown up dodgeball in wrestling singlets. Dean doesn’t understand sportswear and wears his jockstrap on the outside. Peter understands how sportswear works and wears the hell out of his costume:

After sporting, everyone chills out with some drinks in a cozy Scandinavian hotel. Penguin appears to gift her some kind of embroidered…scarf? Tea towel? Josiah talks at Rachel about how great he is and how great they’ll be together. Rachel tells him that she likes a guy who asks about her, so Josiah…talks about himself some more.

Rachel and Peter are hanging out and have so much to talk about! But wouldn’t it be better if they talked in a hot tub?

I’m assuming everyone on this show just wears a bathing suit under their clothes in case a hot tub appears? It’s a good strategy. Rachel and Peter make out in the hot tub for about 3 hours before rejoining the rest of the guys. At this point, Adam is clearly falling asleep on the couch. Rachel tells everyone she had a great time and decides to give the rose to Will. Peter is like:

This encounter was in every promo, voiced over as “A fight fueled by jealousy!”

A helicopter takes Rachel and the guys to a picnic setup in the woods where the only thing to eat is bourbon. Lee and Kenny snipe at each other as they drink and try not to freeze to death. Lee continues to berate Kenny, and then cloyingly tells him “Jesus loves you”, to which Kenny replies “JESUS DON’T LOVE YOU”.

Rachel tells the camera she’s not sure who she needs to send home. IT’S LEE. SEND LEE HOME. PLEASE DELIVER US FROM OUR MISERY.

Rachel talks to each of the men. Kenny mainly uses his time to tell Rachel that he’s not the violent person Lee claims him to be. Lee spends his time making up an insane story about how Kenny pulled him out of a van and turns into the Hulk when he’s drunk. Rachel doesn’t buy it and takes Kenny back with her in the helicopter, leaving Lee in the forest with the wolves and trolls and whatever other mystical creatures live in Norway.

Before they take off, Kenny decides to say his final piece to Lee, in what has to be the most heavily bleeped confrontation in Bachelor history. Rachel is not thrilled with this, and gives Kenny a look like:

Kenny and Rachel enjoy a very low budget date where they hang out in a hotel room and get room service afterwards. Rachel is a bit wary of Kenny, but he wins her over when he talks about being a dad. On the ride back to his hotel, Kenny FaceTimes his daughter, who is dressed up as a cat. She’s adorable and tells him he deserves to be happy, and YOU’RE CRYING NOT ME.

Anthony and Josiah get cut, and Josiah claims that Rachel’s “brain is broke” for cutting him. BYYYYEEEEEE! Oh, and Adam and Penguin are still here somehow.

The next day, Rachel and the husbands head to Denmark, a place Rachel says she’s always wanted to visit. She chooses Eric for a one-on-one exploring Copenhagen.

This is the happiest we’ve seen Eric, and his date with Rachel is delightful. They are super cute together as they cruise through Nyhavn, enjoy lax open container laws with a friendly old man, and hop into some conveniently placed hot tubs. (Again: everyone on this show is constantly wearing a bathing suit under their clothes). Neither of them stop smiling for a minute. Things get serious for a bit at dinner when Eric confesses that he didn’t get a lot of love as a kid, but Rachel is understanding and he gets points for being vulnerable. She gives him the rose and then they go to Tivoli Garden to ride a roller coaster and play carnival games.

After three hours of drama, this date is adorable and charming and makes me think Eric is a real contender for the final rose.

The show is still going! Wow! It’s another group date where the men and Rachel row a Viking ship and LARP for a few hours. Alex is really excited that he gets to wear a Viking costume. What sorts of historically accurate games are the guys going to play?

Everyone has the time of their lives, and I think this date is a compelling argument that these guys should wear more costumes. Ultimately Kenny and Adam are the last two Vikings standing, so they battle it out with wooden shields. Kenny says that Adam better tag team with Adam Jr., and I wish more than anything that’s what happened. Instead, they each give each other a bloody eye, but it’s fine because they’re still riding the high of getting to dress up in fur capes.

That night, Rachel and the Vikings unwind with drinks. She tries to talk to Bryan about their future, but can’t seem to get a straight answer from him about anything. His strategy thus far has been to make out with Rachel whenever she brings up logical roadblocks in their relationship (like living in different states!) and it works again tonight. However, Rachel seems to be questioning if whether Bryan is too good to be true.

Kenny and Rachel both realize that while they’re both into each other, there’s no way that he’d be ready to bring her into his daughter’s life if it wasn’t a sure thing. Rachel agrees, and lets Kenny head back to home to his daughter. Remarkably adult decision making, everyone!

If you’re keeping track, we’ve gone from 12 husbands this episode to EIGHT. Rachel is EFFICIENT.

The next day, Will and Rachel go on a date to Sweden. Rachel is looking for passion, excitement, and romance from Will…and it’s not there. Will seemed like he might have been a dark horse candidate to make the top 4, but it turns out that he’s just kind of boring. Boring and handsome.

ANOTHER ROSE CEREMONY WHAT DAY IS IT OMG

Undoubtedly Matt the Penguin or Adam is going home. I mean, they must have cast some magic spells to have stayed around this long. Rachel is getting emotional at this Rose Ceremony, but it’s not like the decision is going to be THAT hard –

Meaning that Adam Jr. and the Penguin are here for another week. WHAT A TWIST! We might meet their parents?? I need to lay down.

BIP: Welcome Back to Garbage Island

Two Ambulances in One Episode