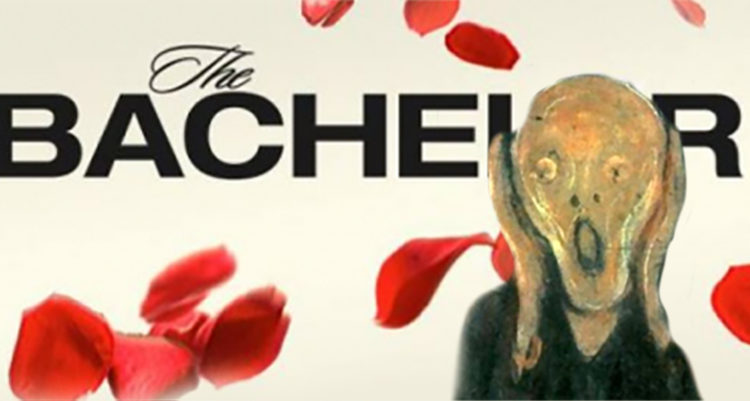 Arie’s season crawled to an end with a FIVE HOUR finale spread over two nights. I watched it in a Holiday Inn Express on a stressful business trip, and it really amplified the abject misery of the finale. I don’t recommend it!

Arie’s siblings and parents jet down to Peru to meet and judge Becca and Lauren. If Arie’s dad is any indication of what he’ll look like in 20 years…yeeeeeeesh. Papa Luyendyk is leathery. Somehow I doubt Arie has the good sense to put on sunscreen, so that Scottsdale sun is doing some work. His mom still looks like Krystal. His siblings tag along for a free vacation.

Lauren is first and everyone sits around on a patio and pretends to eat dinner. She’s fine! Arie’s parents like her and think she’s a “doll”. Which is a really compelling theory explaining Lauren’s overall demeanor this season – is she an enchanted American Girl doll come to life? Not one of the OG ones with personality though, one of the generic blonde ones.

Becca has the exact same date the next day (same patio, same longing stares at wine you can’t drink on camera), but she impresses Arie’s parents a lot more. Her strategy of speaking in full sentences gets her far. She is very articulate in the depth of her love for Arie, and his parents are happy to see their large dumb son has ensorcelled such a lovely woman.

Arie takes Lauren to Macchu Picchu and they’re both too dumb to appreciate the wonder of it all. “Wow! Amazing. I love that.” Together they make this show seem like it’s six hours long. I got up and refilled my wine glass.

Becca and Arie hang out and she gives him a scrapbook, because if there’s one thing men can appreciate, it’s scrapbooks. There’s a page left blank for their future dogs and babies. Wuuuuuugggh.

Fortunately the night before was a blood moon, so Neil Lane can safely rise from his crypt and walk in the sunlight among humans. He arrives at Arie’s hotel. “Dad?” Arie asks, mistaking Neil’s leathery mug for his father’s.

Arie selects a cursed gem from Neil’s horde. It’s very large and sparkly, so he knows one of the two women he’s in love with will enjoy it. Meanwhile, Lauren and Becca are getting into their best evening gowns, despite it being 10:30 AM.

An Uber Select pulls up to a mountain villa and Lauren steps out. Chris Harrison guides her to a terrace dotted with llamas overlooking a rushing brown river. Arie is waiting at the bottom. Lauren strolls down, expecting a proposal. This is her third one, so she doesn’t look that nervous. However, Arie’s got other plans. He tells her it’s not going to work.

It takes the trauma of being dumped by your TV soulmate to get Lauren to show a modicum of emotion. “I’m so confused,” she sniffles, but her makeup remains flawless. I think Lauren could have won some sympathy from us fellow humans if she had ugly cried, but her commitment to looking perfect at all times makes her seem fake. (Or like an enchanted doll come to life. It still tracks).

Arie walks her back to the Uber. “I still love you,” he tells Lauren. UH WHAT. EXCUSE YOU.

Becca arrives at the proposal scene looking LOVELY in the only evening gown I’ve ever seen with successful illusion netting. Somehow she is genuinely in love with Arie, and he pours his heart out to her and drops to one knee to propose. Remember, he broke up with Lauren B like 20 minutes ago and parted with an “I STILL LOVE YOU”.  While everyone at home screams at the TV, Becca happily accepts.

We’re on hour three of five, and the camera cuts back to Chris Harrison in the studio. He’s trying to hard to project sincerity, but he can hardly contain his delight at the upcoming chaos.

Turns out that when Arie told Lauren B he was still in love with her, he meant it. Meaning he decided to dump Becca on camera when she least expected it.

It’s a nasty breakup. Arie is sorry to hurt Becca, but he’s just gotta follow his heart back into Lauren’s cold plastic arms. Becca has a superhuman handle on her emotions. She doesn’t sob her makeup off or try and rip Arie’s face off of his skull. “I feel like you’ve ripped my future away,” she tells him, and he is way too thick to come up with an appropriate response. Becca tells Arie to leave and goes to cry in the bathroom. Instead of leaving, he hovers around the house and tries to keep talking to her. It seems like he’s fishing for her to forgive him, and she does not! Arie finally gets the picture and bounces.

Eventually, he makes his way back to wherever Lauren B is holed up and assures her that he is “a thousand percent” over Becca and only wants to be with Lauren B. She smiles smugly and forgives him, hinting that she’d like that third engagement sooner than later. Congrats to these happy corpses, I guess!

AN ETERNITY OF AFTER THE FINAL ROSE

The breakup is spliced with cuts back to Chris Harrison and the other contestants, AKA Becca’s new ride-or-dies. Her squad hates Arie now. Caroline sums up the entire experience with a fart noise. Bekah with the Short Hair is serving up a witchy lewk straight out of The Craft and is getting the whole squad ready to call the corners and curse Arie’s philandering ass.

Becca comes out and all the girls swarm her with love. Female friendship is magic! Random strangers have Venmo’d Becca wine money, which she decides to donate to charity because she’s a saint. Her confrontation with Arie is calm and classy, and Becca handles it with the confidence of someone who knows they’re a strong independent woman who don’t need no man.

Lauren joins Arie and everyone claps weakly. Arie tries to explain that their relationship is Good and Pure, and that he just had to follow his heart and slide into Lauren’s Instagram DMs while he was engaged to another woman. It’s how love works! Arie also claims that he and Lauren talk on the phone for three hours a day, which is remarkable for a woman who can’t speak in a complete sentence for one taping of this show.

“Me neither,” Lauren replies.

Lauren claims that even though she didn’t watch the breakup, she knows Arie handled it so respectfully and he’s so brave and honest. Sufficiently flattered, Arie proposes to Lauren. BARF WHO CARES.

THIS IS STILL HAPPENING WHY

After Arie and Lauren are ushered offstage, Chris Harrison promises to bring out the new Bachelorette. It’s Becca, duh! Her friends LOSE THEIR MINDS. Becca is gracious and kind of awkward, which Chris Harrison decides to exploit by bringing out some dudes for her to meet!

What a clusterfork! Can’t wait for the Bachelorette in May! And don’t forget: